It is a matter of great privilege for us to introduce the Mahila Co-operative Bank Ltd., situated at No.14 South End Road, Seshadripuram, Bangalore – 20.

The Mahila Co-operative Bank is an unique Co-operative institution in the city of Bangalore the first of its kind, being managed by enterprising women. The bank was founded by certain eminent members of the Nagarika samithi, Malleswaram namely Late P.Ramdev, Sri. K.Narasimha Setty, Late. Dr. P.S.V.Setty, Dr. Lakke Gowda and the Late Kailashnath Mishra.

The zest and zeal of women co-operators like Smt. A.Pankaja, Late.P.V.Parvathi, Smt. Vilasini has also gone a long way in building and strengthening the Bank. The ideals and the hard work put in by these persons have made the dream of bank exclusively for women, became a reality. The meteoric rise of the bank would not have been possible but for the actuate encouragement and guidance of the department of Co-operation and Reserve Bank of India for which the bank remains ever grateful.

The bank was registered in the year 1977 and was licensed by RBI in the year 1979. At present the area of operation of the bank extend to the Bangalore city corporation, BDA limits, Ramnagara and Tumkur

The main object of the bank from its very inception has been to assist the poor and needy women of the weaker section of the society in improving their standard of living by generating sources of finance which enable them to supplement their family income and help them to become self reliant. Assistance apart, the main thrust of the bank has been to encourage thrift amongst its members.

There are 88 staff members in the following cadres in the bank.

The bank has established its staff training centre in the year 2006 at Seshadripuram Bangalore (HO).

The Head office is functioning in its own building.

The Bank is classified as an  ‘A’ Class Bank.

The Bank has eleven branches at Seshadripuram, Basaveswarnagar, Banashankari, B.T.M.Layout, Mathikere, Ganganagar, Vijayanagar, Peenya Dasrahalli, Rajarajeshwarinagar, Ramnagar and Tumkur Branch keeping in mind the ever increasing demand for financial assistance, the Bank proposes to open branches all over the Bangalore City Corporation and BDA Limits in the near future and later on all over the State of Karnataka, wherever Women Co-operative Banks have not been organised.

The Bank has introduced the facility of providing Safe Deposit Lockers.

1. To provide safe deposit lockers in all branches.
2. To open ATM at Seshadripuram Branch.

The Mahila Co-operative Bank has many aspirations and hopes but also has the confidence and energy to match these hopes and aspirations. The Board of Management of the Bank is enthusiastic and the staff of the Bank is dedicated. This combination of enthusiasm and dedication will without doubt go a long way in extending a helping hand to the needy and impoverished women to come out on their own and become examples of self reliance.

We look forward to a bright and prosperous future and hope that we will continue to get the fullest Co-operation from the members, depositors, the Department of Co-operation, the Reserve Bank of India and all our Well-wishers.

A co-operative bank is a financial entity which belongs to its members, who are at the same time the owners and the customers of their bank. 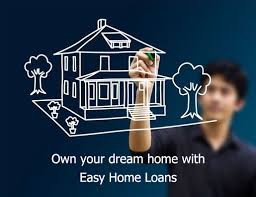 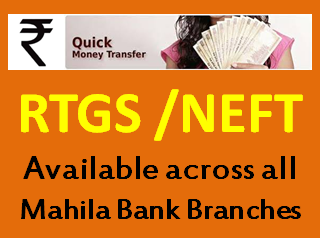